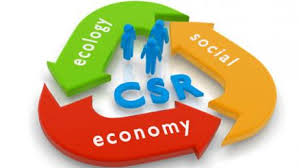 Controversy over the law remains, but domestic companies can look at home and abroad for CSR examples to emulate.

Controversy continues in Indonesia over the inclusion of Corporate Social Responsibility (CSR) under Law No.40 of 2007 on Limited Liability Companies (UUPT). Article 74 paragraph (1) of UUPT clearly stipulates that: “companies doing business in and/or in relation to natural resources must put in to practice social and environmental responsibility”. A provision opposed by many corporations.

The original langguage of the bill stated that CSR provisions applied to all companies without exception, but this was altered as a result of protest by the business community. The DPR finally decided that the CSR provisions would only be applied to companies that heavily utilize natural resources, such as mining, oil and gas companies, and plantations. However, the business comunity has continued to press for changes. The Vice Chairman of Kadin Haryadi Sukamdani even said that CSR should not be stipulated as an obligation but should be voluntary.

The reasoning is that companies are already “forced” to fullfill ther formal obligations, such as taxes, obtaining permits and conducting an environmental impact analysis (AMDAL).Kadin also questions whether it is apropriate to oblige a company that is just starting out, or is losing money, to conduct CSR.

From a legal perspective CSR encompass not only steps taken to minimize the impact of an industry on the surrounding community and environmental, but all corporate responsibility activities of interest to a company stake holders. The CSR concept it self rooted in good corporate governance, which begin with compliance with legal norms and expands to become a code of conduct emphasizing the ethical aspect of business behavior and maintaining a good relationship with stakeholders.

The CSR theory and concept as we know it at the moment was mostly formulated by business experts and leaders such as Archie B, Carroll and John Ellington who formulated the concept of the triple bottom line (economic prosperity, environmental, quality and social) following the Earth Summit at Rio De Janeiro in 1992.

In terms of the environment, Indonesia should reflect on the policies of neighbouring countries such as Thailand and China. Both countries have made CSR labeling an obligation for their exported products. If a product does not have CSR certification or if the company is using materials generated using substances that harm the environment, the product can be rejected by the buyer. The situation is the same in England and the Netherlands, where CSR is required by the Capital Market Authority.

In Indonesia, multinational corporations that purchase from local vendors can take active role in promoting CSR through their intractions with local companies. The CSR program of Medco offers an instructive example for others to follow. It began when Arifin Panigoro, one of the owner of Medco Energy Groups worked with the Advisory Board of the Medco Foundation to create an education program for farmers receive assistance in land management,  production of organic rice and determining yields.

The program managed to increase the rice paddy productivity on a million hectares of dry land in Central Kalimantan from 2.5 million tons of milled dry whole grain per hectare to 5 million tons.

As part of the program, Medco is also involved in recruiting and training inexperience farmer to develop organic rice fields. These farmers receive salary and begin climbing a career ladder that goes upward as their capacity improves. Medco has also invested in modern technology, utilizing machinery that can separate the rice from its husk. This technological alone resulted into a 30 percent increase in yield.

Another worthy example of CSR is the development of comodity corn undertaken by PT.Sierrad Produce Tbk. The company helped to strengthen livestock feed farmers links to the value chain, building relationships among suppliers, developing their knowledge of prices and helping them improve quality as well as providing technical assistance on exporting.

In conclussion, on one hand CSR can be seen  as a charitable concept, but on the other hand it can be seen as a way to improve business performance. Through caring for the community and making a strong commitment to CSR activities, substantial result can be obtained.